After three attempts so far, today was my last chance to finally visit Hiroshima on this trip as my Shinkansen pass expires at midnight tonight, so, despite just 5hrs sleep I was up again at 6am, bag packed, coffee consumed then off on my way to Daikokucho for the underground trip to Shin-Osaka. 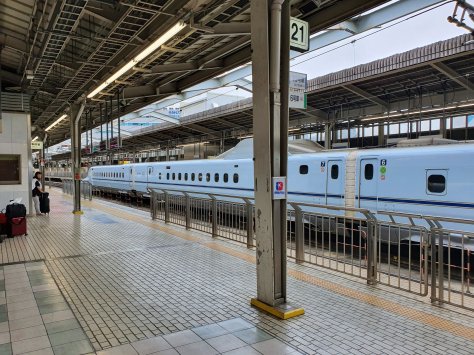 At Shin-Osaka the first thing I did was dropped into the ticket office to reserve a seat (lesson learned from Tokyo!)

I was in luck; the next train to Hiroshima was to leave in 25 minutes and there was one unreserved seat left on the train so I booked that and set off to the platform to find my boarding point and buy some snacks. 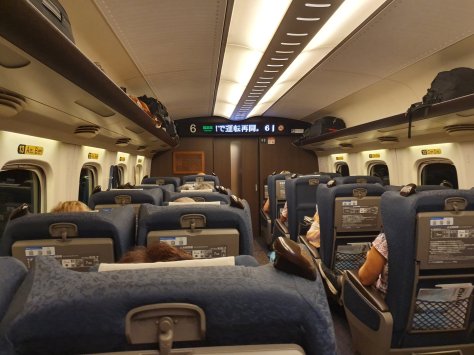 My seating partner left the train at Okayama so from that point to Hiroshima I had an empty seat beside me and I dozed off for an hour or so before we pulled into Hiroshima station and I stepped off at what is now officially the furthest west in Japan I’ve ever been.

My first impressions of Hiroshima was that it seemed a very nice, quiet, city – clearly with a huge “elephant in the room” issue hanging over it. Even at the shinkansen station it was obvious that few, if any, tourists were here for anything other than the atom bomb history and the iconic Bomb Dome.

I had memorized a route to the dome on Google maps but it was a 32 minute (approx 2.5 mile walk) each way through unfamiliar streets and about 25 minutes into the walk I began to doubt my sense of direction as an expected landmark hadn’t materialised. I decided I needed to double check my location so needed wifi access and spotting a nearby McDonalds I decided it was lunch – and location confirmation – time!)

McDonalds always have at least one Japanese only meal on the menu so I selected the Teriyaki Burger meal and sat down to check my location on Google maps. 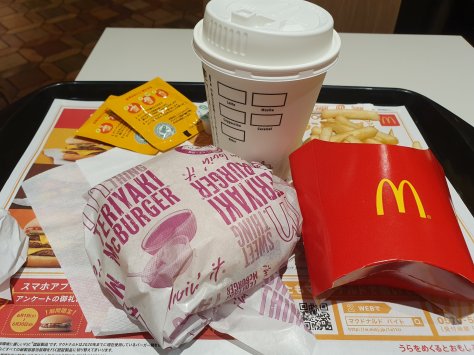 Turns out my sense of direction was spot on and I was just 2 minutes walk from the Bomb Dome.

Meal eaten and directions confirmed it was a short walk to the Bomb Dome (Hiroshima Atomic Bomb Hypocentre). The iconic image of Hiroshima the world over. 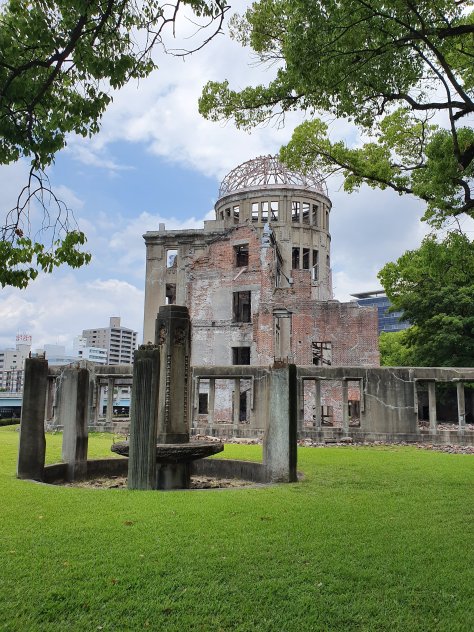 After taking lots of photos from different angles of the dome, I crossed the river into the Peace Park.

The park was busy; there were several group tours, some Japanese school children were busy making notes and listening to their teachers, while tourists photographed and sat around in the sun. 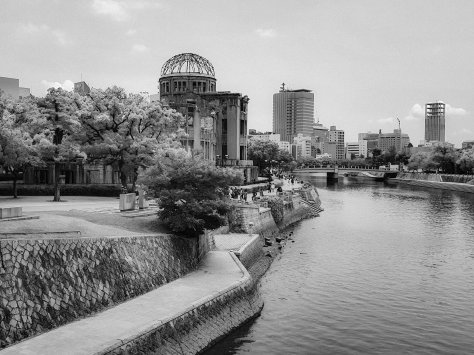 From the Peace Park I set off down a riverside path towards Hiroshima Castle. 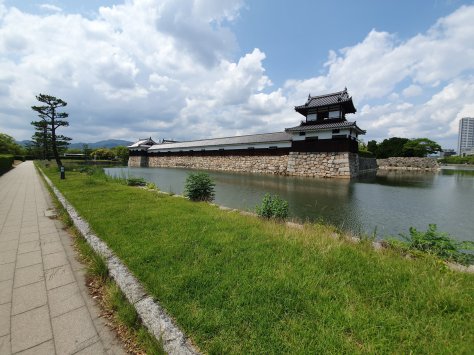 The castle was a lot quieter than I’d been expecting so I spent some time just wandering around before continuing on back towards Hiroshima station and the Shinkansen back to Osaka.

I liked Hiroshima and had initially planned to visit a few more locations but those will have to wait until another time as tonight is my last night in Japan and I’ve been so busy I’ve not had much time for gift shopping! 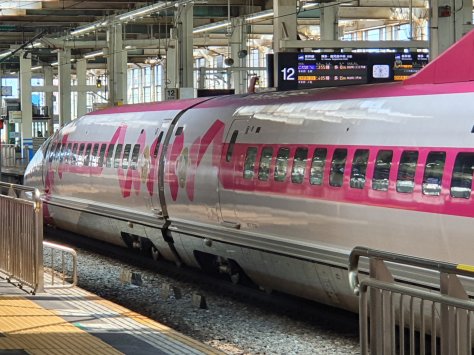 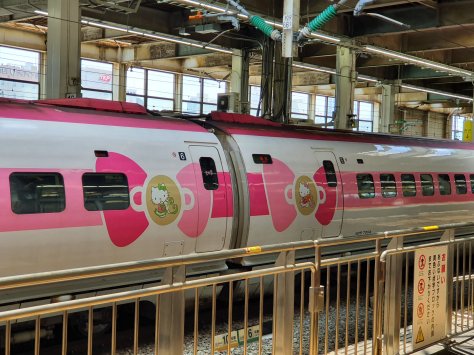 It was just under 2hrs back to Osaka and as this was to be my final shinkansen trip of the visit I thought I’d push the boat out and order a red wine to celebrate what has been a very busy but productive trip. 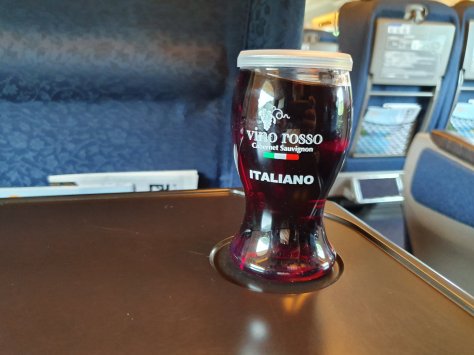 Back in Osaka I discovered that it had been raining heavily in my absence (typical!) So as I made my way back from the subway to the hotel I got soaked but was happily snapping away, grabbing images of reflections and puddles and anything else rain related.

After what will probably be my last basu of the trip 😦 I headed back into Namba for some gift shopping.

I have a full day in Osaka tomorrow as I wait for my flight back to the UK so I’ll be able to finish the shopping tomorrow, plus hopefully visit The Hub for some Japanese style Fish and Chips… (last item on this trip’s to do list – simply so I can photograph the meal as part of a new exhibition idea I’ve been working on!)

I’ll recap tomorrow before I leave but this feels like the most successful trip (in terms of career progression) to Japan to date. I set myself a number of goals before the trip and most, if not all, have been achieved. (Sometimes by complete luck!)

I have a clearer idea of what I need to do next and most importantly where my weaknesses are in terms of succeeding in Japan – so i have a lot of work to do when I get back to Scotland.

It’s been pretty much full on since I arrived and I could probably do with a holiday when I get back but I already have some lab work to do on my return. (I literally step off the plane 20 hrs after leaving Japan and will have to drive to Fife then Glasgow to do some work before finally getting back, dropping off the bags and – hopefully – getting some sleep before I’m back on duty in the lab at 8am the next morning!)

And some people think I’ve been on holiday!